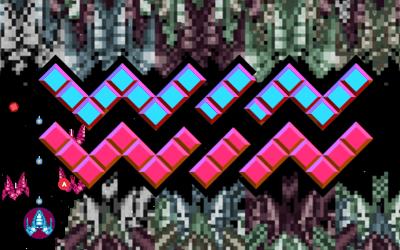 In WinWin you control a spaceship and fight alien invaders. Each time you destroy an enemy you restore a deleted file from the hard drive. Some files from the game itself are missing too, so you have to search throughout the 12 stages to find the missing data. When you do so, new spaceships will be unlocked, giving you the opportunity to try new weapons.

Inspired by Lose/Lose by Zach Gage - a game that randomly deletes files from your machine on every killed invader.

Jupiter Hadley: Neat space shooter, it feels quite overwhelming in the amount of stuff appearing at once.

Spartez Team: I really like the idea. You have sense of progression by unlocking new ships. Your weapon also improves as you play. I think weapons and monsters could use more variety. Some shooting, different movement patterns. Also I didn't die even once - so it gets boring quickly, because there is no challenge. I spend some time playing it and had good time. There is definitely something there to build on. From code perspective most of the logic is in main.js. I'd probably expect it to be splitted more.