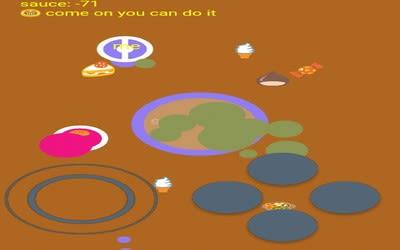 watchmyback game eat candies before they turn into bugs and shoot at you as a head start you have a free ladybug bodyguard eat more ladybugs foods for more body guards , use direction keys for control and touch buttons for touch enabled devices, for aiming and shooting use the virtual joystick. all insects '🐛', '🐝', '🐜' turn into body guards for web monetisation.

Anonymous: This game has the potential to be a great, frenetic shooter. Sound design is already quite solid. However, since most things are represented by circles, it's hard to tell who's an ally and who's an enemy. Controls for desktop could stand to be a bit more intuitive - using arrow keys on the right of the keyboard while using a right-handed mouse to control a screen element positioned on the left to aim the direction of something that can be positioned at any given point on the screen is a difficult feat. Anonymous: This was a bit hard to play and understand. Some punctuation in the instructions would help. And I can't die? Sauce can become negative. Is it game over then?

Jupiter Hadley: Very chaotic game! I wish that I better understood what was going on.