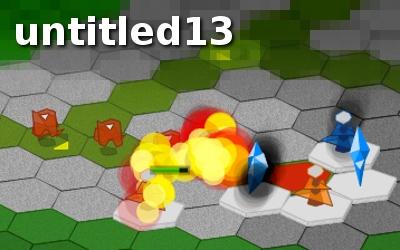 As the Red player you send the creatures to attack the Blue's base. Your mission is to destroy the crystals around the red markers. You have three entry points on the map, represented by three queues on the left.

As the Blue player you have to build towers to prevent the creatures from destroying the crystals and keep up until the time is up.