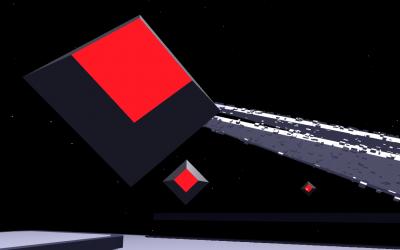 Two Ships Passing In The Night

Ambushed in the dark of space by a pirate space cruiser!

Defend yourself from the hordes of attack bots!

Dann Sullivan: This is great, solid effort on getting it into 3D space. I did fall off the edge a few times, but otherwise was really impressed with the effort that has gone into it.

Raf Mertens: That was a fun little game! It has a fast-paced Quake FPS feel to it. The shooting was satisfying both for the sound effects and the enemy death animations. The backdrop is cool and it’s clear some thought went into how the level was designed. There could have been a bit more progression with the enemies and the intensity, as it was relatively easy the whole time.