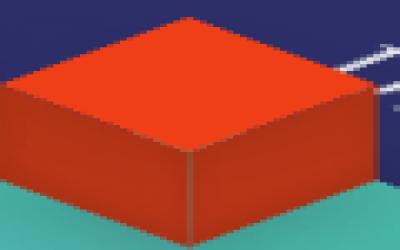 The Space Between Us

Our two blocks have been separated. You must bring them together again. Press the arrow keys to control the blue block. The red block will move in the opposite direction.

Christer Kaitila: I love the clean isometric blocks and grid, looks nice. It was a fun mindbending mirror image puzzle, and several times I got them to touch! yay! so then I tried to get them to sit on the two brightly lit spaces at the same time and nothing happened. I want more! Imagine if that was like the secret 2nd puzzle on top of the standard solution, somehow? Great start to a fun puzzle game that I wish had more types of block and floor. Wanting more is a good thing, since it means it looks and feels cool already! nice work

Jupiter Hadley: Simple game but well made, though I feel the scoring didn't make much sense!

Raf Mertens: The puzzles were enjoyable to play. Some simple sounds and perhaps some more variance and new elements added with the game progression might help to make the game more engaging for a longer time.