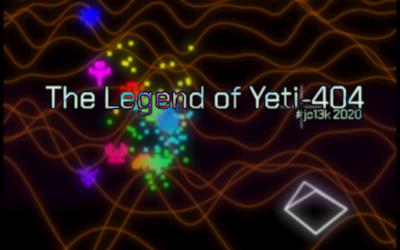 A millennia ago, the great Ark Fleet set out across the galaxy to escape the certain doom of the ancient homeworld.

Many colonies prospered, many failed, and some vanished without trace, disappearing into fokelaw and legend.

Whilst an alien curse sweeps across the galaxy, threatening humanity's existence, you form a crew to seek out Ark Ship YTI-404, long thought lost, but which now might carry the answer to defeating the alien threat.

Hold LMB to lock on to enemies. Release button to fire. Lock on to multiple enemies to increase multiplier. Discover ship upgrades and explore the galaxy.

Nathan Lie: Great little shoot 'em up with striking visuals. Really love the progression aspect with the ship upgrades and the discovery aspect of uncovering more and more of the map. The Web Monetization feature, while not terribly game-changing, is a neat little bonus. Only suggestion is that it could use a little optimization. On my browser it ran at a rather low framerate.

Ewa Mazur: I've enjoyed playing this game a lot. I love it's retro vibe, graphics, music (!), visual effects (!) and whole juicynes. I had some lags on Firefox, but it went smooth on Chrome. Although there are some extra bonuses for Coil subscribers, I couldn't tell which ones, so it would be nice to put info about that inside the game. Cool retro vibes!

Christer Kaitila: These graphics blow my mind! What an amazing engine, it is so vectory glowy arcade awesome! Then when I saw the galaxy map and all the upgrades, it got even better! It was a lot of fun to explore the universe and blast aliens, and I likes the lock on mechanic, though it seems to lack a kind of "impact" and I felt more like I was watching than doing the battle myself. Overall, an absolutely phenomenal entry, it looks amazing. Great work!