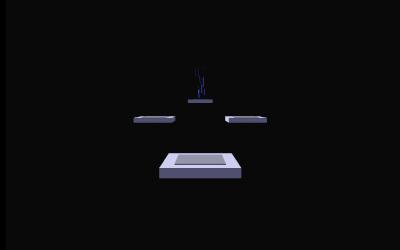 A game about navigating spaces by teleporting

Works on desktop or VR devices

Steven Yau: A lot of thought went into the design and the levels, really enjoyed taking my time at the start to plan my route and giving the user that option is a nice touch! I originally thought it might be a standard platformer style but once the different orientated platforms were added, then it started to get really interesting and got me hooked. Having the UI on the hands was great but I missed the important information about new mechanics in the levels. Having some sort of alert until the user looks at their hands would be great. However, once I realised that, I started to look at them much more frequently. The main thing that I would add a reference point in the world to know which way is up as it was head to get my bearings after a teleport. It could be as simple as pointy elements in the background that would always point up or even some form of horizon.

Jupiter Hadley: Very impressive for the restrictions of the game jam!

Fernando Serrano Garcia: Really fun game. I really like the overview of the level before jumping on first person view, and the overall gameplay it's fun and the graphics are quite fine too.