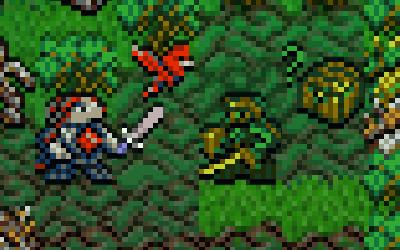 Storm Of The Chaos Bane

Storm. Thunder.. when you hear it you know your internet connection can go off. So here is a game you can play even when you are disconnected, but remember to tweet your hi-score when you go online again !

This game is based on the Courts Of Chaos novel by Roger Zelazny - the fifth book from the Chronicles of Amber and the last one with Corwin as the main protagonist. You will be playing as prince Corwin of Amber on his journey to the end of the world. One of the many special things in this multiverse is that characters can connect and talk from distance, even teleport themselves using magical Tarot cards (Trumps) - the only time when it's not possible is covered in this chapter when the primal Pattern of Order in the heart of Amber is being recreated by Corwin's father Oberon. This process produces a wave of chaos and a huge metaphysical storm going through all dimensions. For a period of time the universe is in OFFLINE mode and Corwin is forced to hellride across Shadows all the way from Order to Chaos with the apocalyptic storm on his heels. His mission is to bring the Jewel of Justice to the Courts of Chaos after the jewel has been used to repair the Pattern.

After the Pattern of Order was damaged prior to this events a black road was established and used by the forces of Chaos to attack Amber. Now Corwin follows the same black road as a guide and shortest way backwards to the Courts of Chaos. In the game you begin at the black road and your goal is to advance right in the direction Corwin is always facing at. There are a total of 7 different areas you can access by going right, up or down the screen. Shortly you will encounter Brand - Corwin's mortal enemy. He can project himself anywhere so it's not possible to fight him. You can only stike once at the beginning - use the freeze spell on Brand then go close and make sure the red bird that follows you is on his tile when he awakes - that's the only way to dispatch him, here is the sequence of commands: freeze,right,right,right,down,down,pause,pause.

Controls:
You control the main character with Arrow keys, WASD, or using the on-screen navigation buttons (bottom right of the screen).

Battle:
You initiate a battle when you stumble upon an enemy - additional on-screen action buttons will appear (bottom left of the screen)
Key [0] - normal attack
Key [1] or [Z] - blast enemy with lightning strike at the cost of 1 energy points
Key [2] or [X] - freeze an enemy for a few turns at the cost of 2 energy points

Corwin's damage depends on his weapon stats and the area of location (the tile his sword is currently occupying)
During the game Corwin will collect many different weapons, don't worry - he will equip the best available one for the current area automatically.

Jupiter Hadley: Neat little game! I quite like the color in the graphics (that little bird's animation is lovely) and the variety of enemies and chests are really nice.