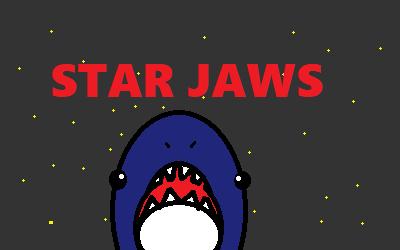 Arrow Keys to move, W or S to send signal
Space bar fires lasers at enemies. P to pause/ unpause
F to toggle fullscreen
Avoid enemies and its bullets
Serve one signal in every compartment in the solar system to win!

Lee Reilly: Love the old-school look and feel of the game... and A+ emoji usage! I think I would have fared a lot better if it were a little slower.

Ahmed Khalifa: First of all, congratulations on finishing a game for the JS13K jam. The game is interesting as killing enemies is not the main goal of the game but warning people. I love the small details that were added such as the player tilt up and down when you move up or down. There are some problems such as the collision of the bullets sometimes pass over the enemies and nothing happen, I think the bullet doesn't check in between moving on the x axis. I would recommend to make the enemies more interesting by making them come in groups of attack. I would also think that you could remove the shooting and become evading game and trying to notify the people outside. Another change that might be interesting is to make the signal don't go down when you hit and when you miss it goes down until it reach zero then you get penalty while charging it back or another idea make some drops from enemies or bonus signals or killing enemies give you signal points to shoot. I think there is interesting idea in that game that need to be surfaced. One final note, it would be great if you make the houses for the signal flash or something so the player always notice when there is one in the play. Overall, great job and thanks for creating the game :)

Michelle Mannering: - cool graphics - love the shark for the logo - little space invaders are super cute - sound effects are really cool, needs some music! - needs an option to play again once GAME OVER - wasn't super intuitive, but after reading instructions, got the hang of it really easily