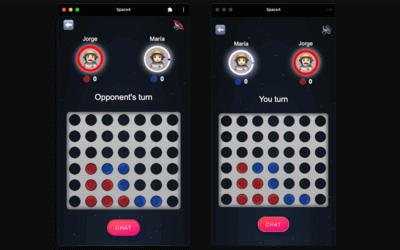 In Space4 you must complete four meteorites to win.

You can play offline on the same device or against a bot in three different levels of difficulty.

You can also play in realtime with other players or with friends by creating a private room, interact with your opponent through chat.

Jupiter Hadley: Simple game, I like the graphics a lot!

Lee Reilly: Very snappy and polished UI and A+ emoji usage. Was able to beat the computer easily, but my 6 year old pwned me.