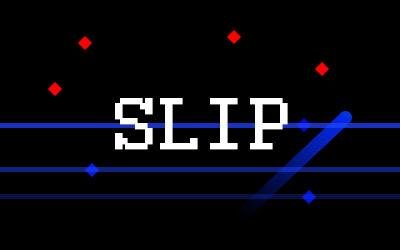 Slip in the spaces between the antagonistic red cube, and convert them to your blue cause and get bigger! Be careful though, it'll be harder to slip between them as your size increased.

Deentralized:
Host the games using IPFS in this link:
https://gateway.pinata.cloud/ipfs/QmR8jjhygUZJDQLETaCxef3H1LnRPSbc3DTzS7uJicWcz3

Sasha Hudzilin: enjoyed the gameplay, didn't find usage of NEAR in the game :)

Ryan Baumann: While a fun game. I quite enjoyed the sounds/music and unique style of gameplay, genuinely enjoyable to play. It's a simple website that just happens to be added to IPFS, the game itself doesn't utilise decentralised technologies, it's merely served over one. Emphasis on this game having an awesome atmosphere and being genuinely fun to play though.

Noël Meudec: Interesting controls. The music quickly got to my nerves (I muted my laptop after 5 loops). The graphics are OK, but having some kind of background would probably enhance the experience. Adding a couple of gameplay mechanics (maybe some bonus items?) would make it more exciting. Note: it crashed a few times during my tests (black screen). Overall, the concept is good but this game would greatly benefit from some improvements.

Michelle Mannering: - decentralised is cool for hosting - fun, addictive game, super intuitive, easy controls, great sound effects - found a bug, when you have zero trust and you let go, the game just shuts down - love it though! nice work :)

Tim Sulmone: Fun game, and challenging. Enjoyed the game mechanics. At around 250 score it starts getting quite difficult :D

Johnny Matthews: It's a fun game with a nice retro soundtrack and space-invader-esq graphics. From a decentralisation aspect, the game is hosted on IPFS. But that's about it. It'd be fun if there were more integrations: maybe each players highscore is posted on-chain, or you could view replays of other people's play throughs by grabbing the replay-data from a blockchain.