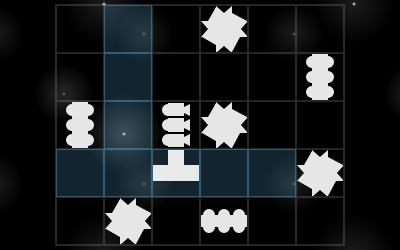 Singularity is an offline game. Press the print button. Read the rules. Cut out the board and tiles. Set a timer, and get ready to save the crew of the Pegasus II.

Singularity is a story. Press the play button. Place corridors on the ship. Rescue the crew one at a time. After each rescue, press the help button to reveal the fate of the Pegasus II.

Spartez Team: Nice esthetics of game. Nice idea to convert it to boardgame to fulfill offline theme requirement. It has reminded me of BrainGoodGames (I have no connection with them, but I appreciate their games; or should I say his...). Sound gets a little annoying after a while. I like the risk aspect, when you are waiting for one particular element to come to your space. As a gameplay I did play 3 times and 3 times won, so I don't know - maybe I got lucky, maybe it's too easy.