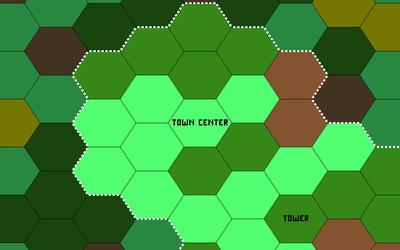 "Setlerio" is a working title, but the game was supposed to be a Settlers-like one themed around "The Year is 404 AD".

Unfortunately I was not able to finish the game; I'm uploading it anyway just in case someone wants to pick it up (I'll also try to come back to it later).

Things left to do:
- show the resources and citizens on the map
- have the citizens move the resources to construction sites and to supply buildings with needs
- expand the economy (more buildings, maybe more resources)
- introduce enemies - the plan was for them to attack outermost towers in waves
- graphics (obviously)