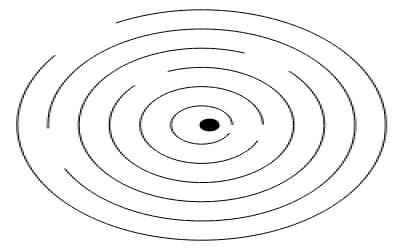 Shortly before the competition started, I noticed, that I haven't seen many circle mazes online, so I went to explore them.

After SVG didn't worked out, Canvas was a better suit. Due to different coordination systems I have to make some trigonometric calculus for the painting as well as translations.

Later on I discovered, that I could use Redux-like pattern here as well so I explored, this too.
As usual I lost the aim out of sight over all those interesting topics ^^"

I plan to write several blog articles, which should be easier to find then some documentation borrowed in code. I hope I get those done until the winner is announced, so they could be incorporated in USB pen drives (as markdown files). Let me know, if you are interested.

Tomasz Wesołowski: So many mysteries! I don't understand why there's noise in the headphones or why the screen is constantly flashing red when I move.

Jupiter Hadley: Nice little mazes! If only there was more 'game' to it.