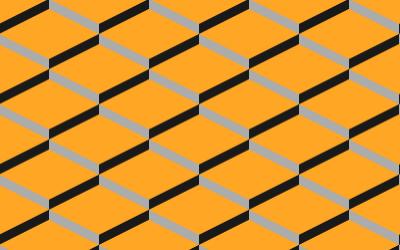 Florian Rival: Mesmerising! Very simple idea but well crafted and executed. Maybe adding some sound effect/relaxing music could have made the whole thing even better. Good job on the game, it's fun and, as I said, really mesmerising :D

Anonymous: I would like to thank you for finishing and submitting your game to the JS13k competition. It is not an easy task to make and fit a game in a small footprint (13k). I think your game is an interesting isometric runner game. I think the game can be a lot better if the generated areas follow certain paths and become harder so it is not totally random which in that case will create more interesting scenarios about choices. Also, you can add new objects such as timed spikes floors that make you delayed (combining that with the different paths make a more interesting choices for the player). Also, having treasure chests for powerups or extra score, etc so player can plan well ahead. Another interesting idea to look at is the score tradeoff, maybe you could make the player is able to cross open gaps for -ve score and in that case you only have one lose condition hitting the top of the screen and u could remove the death after couple of lives. Also, it would be amazing to have some juice in the game (player smooth movements, particles, appearing floors (may be flying from outside of the screen), etc) Overall interesting art game, with interesting art style, with lots of potential :)

Jupiter Hadley: This reminds me of an optical illusion! It's pretty neat!