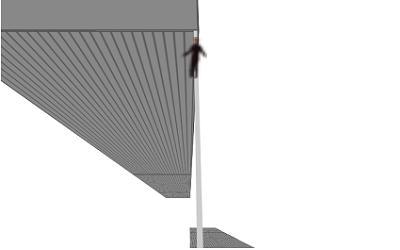 I'm french, it's 9/11, the theme is about being offline, so I made this little third-person VR game in less than 10 hours as a bonus fot this great game jam :)

You have 1 minute to cross the gap between the Twin Towers. Tilt your head on the left or on the right to stay balanced.

PS: I included Babylon.js to respect the rules, but the game is done entirely with vanilla HTML + JS + CSS3D!

Making-of coming soon on http://xem.github.io/articles/#js13k18 (along with my 2 other team entries)

Josh Marinacci: It didn't work in my Oculus Go because it's not true WebVR, but it is a clever concept. I could only play on a phone, not my headset or desktop.

Jupiter Hadley: Really nice buildings! Quite a bit of depth to what you can see.