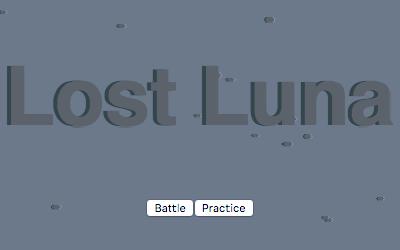 Long ago, humans built robots to fight their wars. In the end, it was only humanity that was lost. Centuries later the war rages. AI Overminds build robot armies and battle for supremecy on...
LOST LUNA

... basically Clash Royale with robots on the moon.

Jupiter Hadley: Really fun little game! I like the graphics as well.