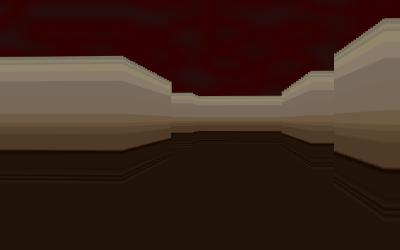 Exit Not Found is a game about trying to escape a maze that gets more complex the further you go.

Noël Meudec: This is a great attempt to recreate the game engine of the original Doom game. It is functional, but it feels more like a tech demonstration than a game. What could be improved: - Without the mini-map, passed level 2 it is unplayable. All the walls look identical, there is no way to know where we are. - With the mini-map, there is no need to look at the 3D game in the background, we just look at the map. - There is only one game mechanic: walk to the exit. It is not super fun and gets repetitive very fast. - No music/sound, no atmosphere. Overall, it is a really good tech demonstration but not a very fun game.

Michelle Mannering: Like the adventure theme. Cool you can enter own character name. Sound effects are cool. Like the narrator text. The text boxes are super easy to read and cool you can scroll for those people who can't read as fast. Status bar is really cool. Figured out the game just by playing. Still it feels like the game is doing things without me. The fog of war isn't 100% clear on what to do and when you come up against an enemy, the combat mechanics seem to drive themselves instead of leaving the player in control.