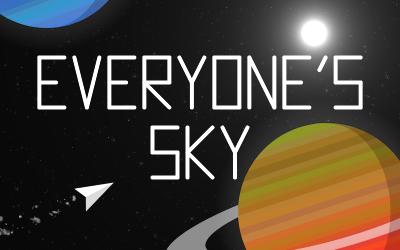 Bring peace to the galaxy... or war?

Make allies by completing missions, study other planets, stars, defend yourself against planetary defenses and pirate groups, or makes enemies by attacking them, ignoring their communications and destroying their facilities.

Jason Carter: Wow, just wow! This is one of the most impressive entries I've played in all these years as a js13kgames judge. Loved the depth you achieved in this game, having the tutorial, missions, diplomacy. Half the galaxy hates me but I collected a fair amount of resources. The only issues where first the compo theme wasn't really represented, the second was shooting while moving, I think the speed of the bullets should be added to that of the ship, so shooting while moving fast was hard. Other than that this game is really perfect score in every aspect. Well done and thanks for participating in js13kgames!

Spartez Team: Wow. It's the best one I've seen so far. Also first one that I has stopped playing before I've got bored to death. You've managed to put offline theme inside. My favourite moment was when my missile didn't hit but turned a bit dragged by 'gravity' of the target. When you move faster it would be nice to see a little more of a space (like zoom out). Honestly I didn't play long enough to find out if there is any progression or upgrades. I don't see it glimpsing through a code (quite clean code btw). Probably that would be some natural step forward. One thing I really miss is invincible shield mode (I have this idea from old asteroids game). You can turn it on whenever you want for as long as you want, but there is a catch. You can't shoot when this shield is on. So you can do crazy things like speed up etc. turning shield on as a panic mode whenever you want. Eventually you need to take it down as you want to shoot too. In original asteroids when you hit them they split several times so if you just shoot randomly (don't focus on cleaning the small ones) you get more and more of them. Because screen wraps around there is no place to hide really, Soon you have all this garbage flying near you. Here because there is so much space around there is no such element.

Diego González: Great work! I just love how you get various different missions!

Pedro Fortuna: Good game concept by adding missions, planets, etc. Fun. Surprised to see a j13k specific game compiler. Would be keen to learn what techniques you leveraged to get more compression than just using uglifyjs, and what results you got.

Abiyasa Suhardi: Asteroids game with upgraded & advanced game mechanics. Have game missions, interesting camera effects, and many things to do inside the game

Mike Cook: There's so many little ideas packed into this entry! I love it. And a surprising amount of polish - even a tutorial, dialogue UI was very polished, nice transitions and effects. It has so much going on in it for a jam entry. I sampled a bit of everything - with so much going on, I felt like I needed a bit of extra UI to keep track of who liked me, where I was and so forth, but I think given the jam constraints the on-screen UI work was very good and sufficient. The world feels so full of life, I'd love to see more of that too - more fleets, more interactions between planets. It really feels like it has the potential to be a miniature EVE Online toy!