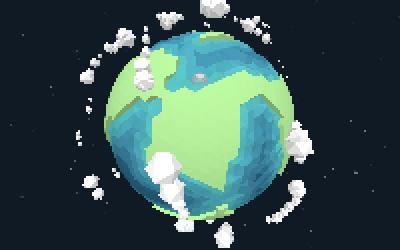 ===== Game Background =====
You are an alien visiting the Earth. Your goal is to find 10 DNA samples.
But on the way to do that, humans may witness your flying saucer. They may tweet about what they see and the public pressure will terminate your agreement with some governments that secretly allow you to collect these DNA samples. So, you need to make the most influential tweets to be 404 as long as collecting DNA samples.

Josh Marinacci: I could not play the game on a VR headset. It says VR supported but the only way to play, or even start the game, is with keyboard controls.

Fernando Serrano Garcia: I really love the graphics! And the game has quite fun mechanics. The only issue I have is that I can not play in VR on my Oculus Quest because it requires me to press "Enter" to start playing :\ Other than that, really cool concept and execution!