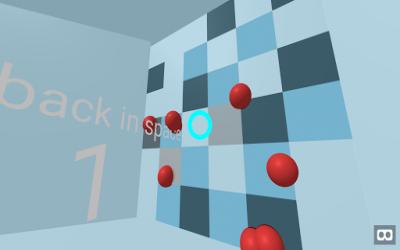 In 2050, one of the labs on the ISS is hit by space object which is contaminated with alien life forms. Fortunately there was no human casualties on the impact but the debris that entered the lab needs to be disposed back to space. The player controls a robotic arm with his head to do the job.

Jupiter Hadley: It's quite amazing that you made a VR game. I did not have a VR, however, I tried it out in a browser. I found that I didn't understand how to do much (or why I was gaining points), but maybe that is because of the lack of VR.

Diego Marcos: Interesting presentation but I could not figure out the mechanics

Ada Rose Edwards: I didn't really understand the gameplay, I didn't seem to have much control over what was happening, I was scoring points but not sure why. Good use of colours though for differentiating the alien debris and the space station.