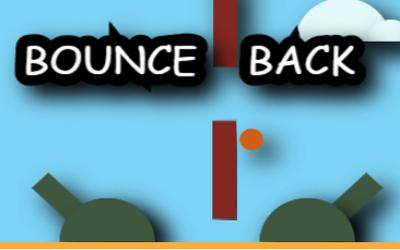 Two player cannon-bomb backward shooting game built using js, canvas, HTML and CSS. The Aim of the Game is to hit the cannon of the opponent player placed BACK by shooting a bomb which bounces as it collides with obstacles. Movements of cannon controlled on alternative turns. Lets Bounce To Play Back!

Anonymous: Nice with a two player game! Normally I would have thought that guide lines/trajectory lines would be cheating, but in this case it would have helped a bit to have trajectory lines for the first bounce. You still need to time your shot and get through the games in the obstacles. Some basic sound effects would have been nice!

Jupiter Hadley: Interesting idea! It's really challenging to get the balls across.