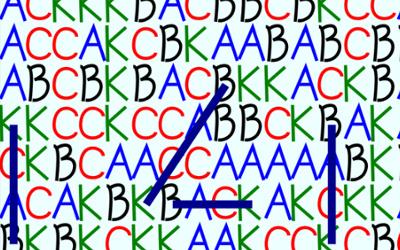 Make "BACK"s in vertical, horizontal, or diagonal line. Use arrow keys to move the cursor. Use backspace to delete the character at the cursor.

Anonymous: The concept of the game is interesting but is really hard to see what is going on. Some times by accident you are creating multiple "BACKS" and the board is updating leaving you confused. I think fewer letters with more spacing would make it better. Looking at your code it seems that you know what you are doing. Nice touch with TypeScript ;) Anonymous: I found this a bit hard to play. It was hard to see combinations in such a "soup" of letters. I could get pretty good results just by randomly using the backspace key. Quite often this racked up large combos and I could keep going for a while. Maybe if it was possible to play with a smaller board that could help to see the combos?
back