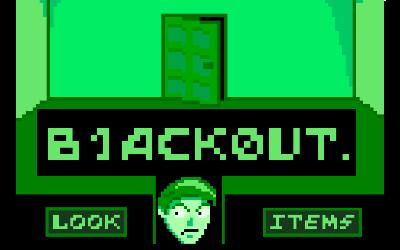 "Suddenly, the world went offline... insanity ruled as people could not cope with being disconected. Now, you'll have to survive while dealing with your own internet addiction.."
This is just a silly survival game that's a bit of a mess all around... but at least it has some charm I think...
Controls:
- Just click the buttons and scroll the text.
--- Indoors map ---
- The fully colored square is where you are.
- Yellow squares are unvisited rooms while White squares are already visited rooms.
- Green squares are the exit to the streets outdoors.
- You can only move to adjacent rooms.

Jupiter Hadley: Very interesting concept! I liked the graphic style and the amount of weird-ness in this game.