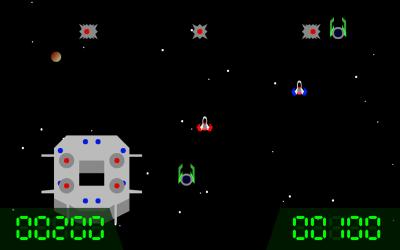 The war against the invading forces is on... team up with a friend and defeat the aliens in this co-op shooter!

Jupiter Hadley: Really cute shooter, quite like the graphics and sound!

Mike Cook: OR: pro gamer mode, play it with two hands one keyboard! This was fun, really cute art style, bouncy music, I think I'd like to be able to shoot in other directions *or* have the waves only come from below - the battleships appearing at the bottom of the screen was killer. But this is pretty cool! Well done!