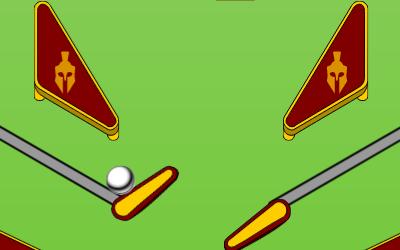 (431 BC) The Spartan assembly voted war ⚔️ against the Delian League, led by Athens: it is the beginning of the Peloponnesian War.

In this pinball game, you must lead Sparta to victory by gathering resources, making strategies and defeating the Delian League soldiers.

Jupiter Hadley: Mining is really hard to get, but I like the game otherwise!

Spartez Team: Victory is ours! This game is incredible fun :D Thank you for submitting and working on it! I really liked the mix of mechanics and what's more important, the unexpected things happening every level! I was thrilled to finished a level and move to the next battle! I think this is very important in a game. I enjoyed the twist of the theme and how far you got from the obvious 404 theme, kudos! For improvements, I think the level design could be improved just a bit on the first one. I got the ball stuck on the top left side plenty of times. Also, pinball games are all about reflexes and the flippers need to be very responsive. In your game the flippers have a bit slow constant velocity and can be only triggered fully, which limits the movements and tricks we can do with the ball to go where we really want. And if you check out other pinball games, usually the ball feels really light. In your game the ball is a bit heavier and doesn't let us do the quick shots that feels the ball is traveling crazy fast and makes us feel the velocity of a pinball game.